To yet another addition to my XBOX collection, and here I have Halo 2 Limited Collector's Edition. I managed to grab this along with the High Performance Pack I got last weekend. If you've missed that you can check it out on the XBOX Wiki here. This is by far one of the nicest steelbooks I've seen in a while, I'm not that much of a fan of Halo just let me get that out there. 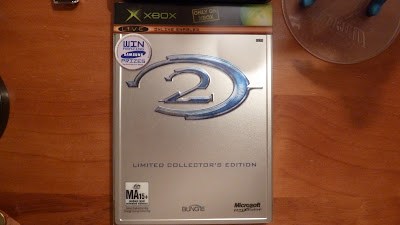 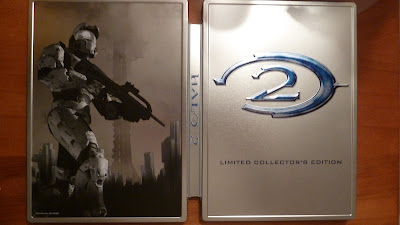 It's quite difficult to grab this edition with the slipcover and without any rust spots. If you saw my unboxing of the High Performance Pack, I mentioned the system looks hardly used. The games were the same, and I'm happy I grabbed the bundle quickly, has this collector's edition of Halo 2 can reach around $40-$50 EVEN with the slipcover missing. So what's this edition have? 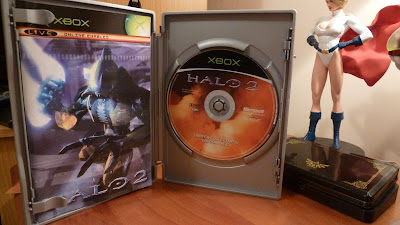 This edition comes with basically just a DVD with some Halo 2 extras.

To yet another addition to my XBOX collection, and here I have... SHENMUE II! About time right? I was surprised by how I won the auction for it. Usually it's auction gem, people scramble for it. Even better yet, Shenmue II hardly ever shows up for auction, and even, even better yet when it does it's incomplete. So this was a win-win situation here and I'm glad I finally have Shenmue II. 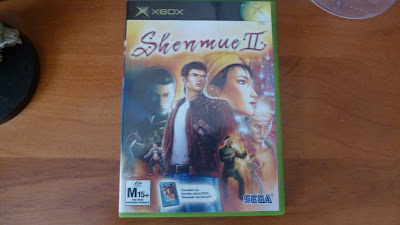 So after calming down I own this game complete, and Australian release I should add. I started reading the manual and just got stuck into it, like a good comic not sure why though. It also helped that it's in colour too, black and white manuals are just stupidly cheap. SEGA hardly do this apart from OutRun 2 I believe, for a A+ title like Shenmue that just CANNOT be done. I'll be honest though, I haven't played Shenmue before, so I won't be playing this until I play Shenmue. I can't comment on gameplay or anything of that nature just yet. 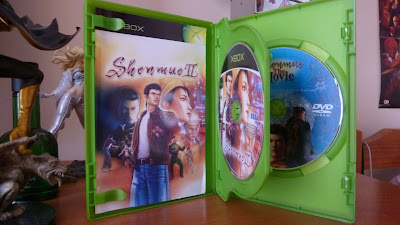 I'm shocked, literally shocked by the condition of this game. It's like new, even the cover doesn't have any marks on it whatsoever  DVDs are not marked either. This would have to of been one of the best gem wins in a long time.

[XBOX] Need for Speed: Most Wanted has Arrived!!

Welcome back gamers and collectors,

To yet another addition to my XBOX collection, and here I have "Need for Speed: Most Wanted".
Before we get into the information about the title, I've seen time and time again that this goes for an insane amount of money (for the XBOX market). $15, $20. It's just not worth that much at all. It's a common title for one thing, and why do people want it so badly? I picked this for $4, and I'm dead fucking serious... Hell I thought $10 was pushing it...
Personally, I believe this is where Need for Speed started to slip but, that's not what we'll talk about right now, because this is about Most Wanted. 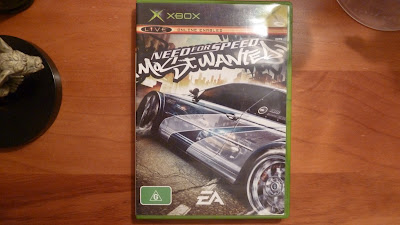 I played this first on the Playstation 2, for those who just went out bought a game from the store there was always the Black Edition beside this. Sold for nearly twice the price, you're better off with more affordable option. Since all Black Edition did was add a useless Camaro (which you can't use in story mode nor modify), 3 pissy vinyls and a whole loop of the town. Oh and the making of DVD included wasn't anything special really.

Even though this style of need for speed was new for the time (real life actors in a game environment in the story). It added a great story, before we had Underground and Underground 2 with animated scenes and yes I had the hots for Mia, who didn't? I think EA did a great job with styling of this. This being released on the most powerful console at the time, I didn't see much more detail at all. I also own this game on Windows and well I'd suggest you get it for Windows, a lot of mods, and you can drive traffic cars including the police vehicles. 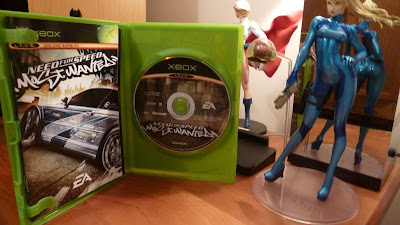 Another interesting item that comes with the standard edition of Most Wanted for XBOX is that it comes with a teaser flyer for the game "Black". 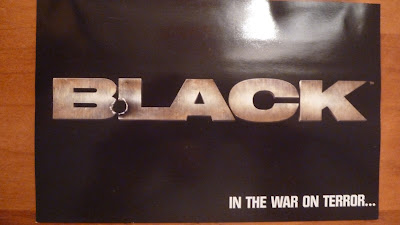 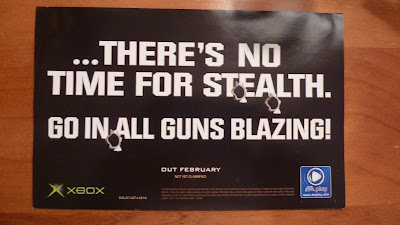 To yet another addition to my XBOX collection, and here I have "Spider-man 2". It's been a while since I've bought any movie titles for the system, if my memory serves me correctly last movie title I picked up was Catwoman, and we all know how that ended out. So Spider-man 2 was an alright film, I did a paper on this film a few years back. Getting the game recently made me want to watch the film, well in YTP form lol. Did Activision really have to publish all Marvel titles? I just hate them, along with EA... I guess, oh know what? EA Publish Catwoman, nothing gets better does it? 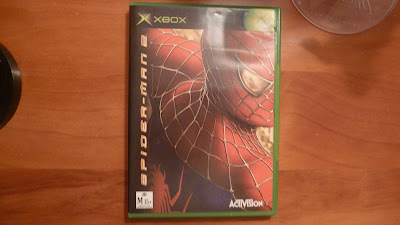 Don't kill Peter!!! As we now know it, a popular movie always has it's virtual brother. Sometimes they are NOTHING like the movie and leave to disappoint. Action in this game is pretty good, you can swing around the city in your leisure and reach pretty high speeds. Also you can activate your web whenever you need it, and stick to walls or buildings. There's various combos you can pull off when beating your enemies as well. 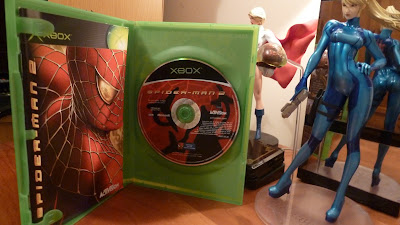 Condition of the game is like new, hardly any markings whatsoever anywhere (apart from the xbox banner area)

To yet another addition to my XBOX collection, and here I have "SSX 3". You may recall in my post about Amped, I mentioned I enjoyed snowboarding titles. SSX series I've never played, Let alone SSX 3. I remember friends telling me the series was rather good, it had great modes and addicting gameplay. I also don't understand why there are so many divisions of EA. EA Sports, EA Sports BIG. What the fuck is BIG anyway? Their ego? 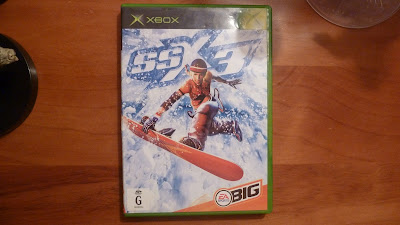 I managed to pick this title up for just $5, and I believe this is on the only SSX game that didn't reach the classics range. That's all well and good for a collector like myself. Since many stores swap discs over :/ 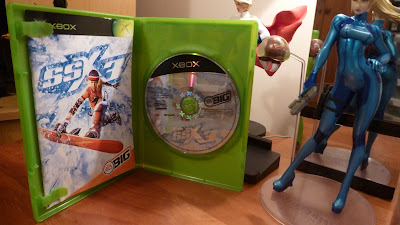 Condition of the game is acceptable and not perfect, but it's fine for $5.